No. 2282 in 1915. She taught at this small country school, and married Alfred Hollonds to become Jessie Hollonds.

Jessie Hollonds was Reg and Rob’s mother and she also had 2 daughters. She quickly settled into country life, but always remained interested in education. She was the school correspondent for many years and she often helped the girls with their sewing.

Jessie had a brother, Ross Montgomery, who lived in Sydney. He was a wealthy man who gave large sums of money to different Colleges and Universities. On one of his visits to the Kiewa Valley, Rob asked Ross if he would like to see the new High School. After inspecting the school building and knowing that Ross had given to many places of learning, Rob asked Ross if he would give some money to our new High School.

Ross came up with the suggestion that he would give money to the School to create a Scholarship in memory of his sister Jessie Hollonds. He donated 1400 BHP Shares. The trustees kept 1000 of these, sold 400 and bought Shares in the local butter factory. This was in the early 1970’s. Over the intervening years, with diligent and cautious investing, this portfolio of Shares and investments has become quite sizeable. From the proceeds of dividends and interest the trustees are able to finance the Jessie Hollonds Scholarship. The Scholarship is self-funding and expected to be so into the future.

The Hollonds family are proud to have been able to help many students start off in tertiary education, and also maintain the memory of Jessie Hollonds. 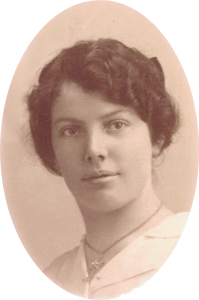 Mount Beauty Secondary College is fortunate to be a beneficiary of Mr Ross Montgomery, the brother of Mrs Jessie Hollonds who was the Head Mistress of Tawonga State School before getting married. Mr Montgomery was a wealthy man who donated large sums of money to different colleges and universities in NSW. Fortunately for Mt Beauty High School he agreed to set up a scholarship which was to be in the memory of his sister Jessie.

In the early 1970s a trust was set up to administer the scholarship fund. Mr Montgomery donated 1400 BHP shares, 1000 of which were retained by the trustees and 400 were sold to buy shares in the local butter factory. Over the years the trustees have invested the profits in the shares carefully and the portfolio of shares and investments has expanded considerably over the years.

The proceeds of the yearly dividends and interest fund the Jessie Hollonds Memorial Scholarship. Thanks to the children and grandchildren of Jessie Hollonds the fund continues to provide scholarships for students who achieve an excellent ATAR to this day.